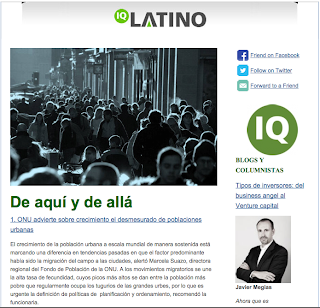 As Venezuela will hold a new election on 14 April to select the person who will replace President Hugo Chavez, Former Presidents Oscar Arias (Costa Rica),  Alejandro Toledo (Peru) and Vicente Fox transmitted a message that Venezuelans are not alone in their path, by stating "the international community is accompanying you".

The declaration, signed also by former Presidents De La Rua (Argentina), Oswaldo Hurtado (Ecuador), Quiroga (Bolivia), Ardito Barletta (Panama)  and Vinicio Cerezo (Guatemala), concludes with the following statement by the signatories: "We sincerely encourage all political organizations, branches of power and public officials, all public and private media and the National Electoral Council to ensure that the electoral process unfolds within the strict framework of and in compliance with the electoral law in order to ensure a truly transparent, free and fair electoral process for all Venezuelans." [The full TEXT of the declaration is at this Link] 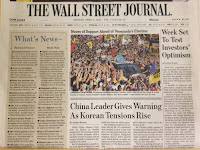 Today the WSJ spoke about a recent turn or trend in the electoral events favoring Henrique Capriles, despite all polls still indicate a narrowing lead for acting President Nicolas Maduro. The opposition continues to voice strongly against unlawful advantages for the government in the process without effective intervention by the CNE, the national electoral authority.


Organizers: International IDEA, Network for the Affirmation of NGO   Sector—MANS (Montenegro) and CDDA

Rapporteur:      Leopoldo Martinez – Center for Democracy and Development in the Americas—CDDA (Venezuela)

CDDA had the privilege of being one of the sponsors of the World Democracy Movement Assembly promoted by the National Endowment for Democracy (NED), held in Lima on October 2012.

Our priorities was to bring young leaders and emerging NGOs to this gathering, and to focus on a selection of issues of importance to the future of democracy in the region. To that aim, CDDA organized together with IDEA and MANS an very interesting workshop to discuss the corruptive effects of transnational criminal networks, their influence throughout the region and the negative impact they have in our democracies. We were privileged with the participation of Vanja Calovic, from MANS, who boriught their very relevant experience in Montenegro for our perspective on this difficult problem.

Through the opening presentations and discussion at this workshop, a number of crucial issues emerged on the topic.  One of the biggest threats to democracy in many countries today comes from the impact and penetration of organized crime, and it is very much the result of poverty plus weak institutions plus limited public budgets.  Although the focus is usually on drug trafficking, we must “de-narcotize” the debate to get the full picture of corruption, money laundering, all kinds of trafficking, the markets of illicit activities, and the legitimization of illicit assets; these all feed into each other and create highly destructive networks.

The challenges law enforcement faces to combat transnational criminal networks are formidable, not least being limited resources, the role of militaries and other institutions in such networks, and, in effect, the cultivation of cultures of tolerance.  A number of cases in Latin America were raised that illustrate some of these challenges:

Therefore, how can we not be concerned about the potential of these forces playing a role in politics, values, and civil society in general?

National sovereignty and international cooperation issues present another challenge on this issue.  There are cross-border law enforcement issues and issues regarding tax heavens.  But there are also issues concerning the territorial reach of laws against corruption, such as the U.S. Foreign Account Tax Compliance Act (FATCA), anti-bribery statutes, and other laws, such as the U.S. Patriot Act, as well as the UN Convention against Corruption.  The question is whether we are doing enough through such legislation and enforcement.

The other pressing questions that need to be addressed include: Where is the money coming from that supports transnational criminal networks?  Where are the markets?  Are countries in “the north” or in the developed world sharing the cost of combatting these networks?  Can de-criminalization of some trades help?  Are we putting the money where our mouth is?

It is also important to understand the structure of contemporary transnational crime: it is a collaborative international network, horizontal and dynamic, with a sophisticated legal arm to “legitimize capital.” It is not a pyramidal and hierarchical structure as in the past, and this poses a difficult law enforcement challenge to governments.

Finally, in meeting the challenges to defeat organized crime, civil society can organize an international network of its own to investigate and denounce criminal networks and the government corruption that supports it.
Publicado por CDDA Communications en 15:58 No hay comentarios: